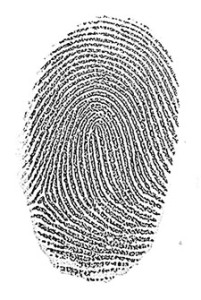 Homicide is defined as the killing of a human being by another human being. Criminal homicide has many forms and includes certain unintentional killings. Different kinds of criminal homicide are determined by the state of mind of the defendant.

Homicides can be justified and excusable depending on the circumstances. It is crucial that the accused person consults with an attorney early on if there are witnesses who may have seen what happened. It is important that potential defense witnesses who can testify that the accused acted in self-defense are available for trial and their statements about the facts transcribed under oath by our investigators early on if beneficial to the defense. Medical examiner reports are important to bolster a self-defense theory especially if there was a struggle or a firearm that was allegedly used at close range.

There was a time when domestic violence was thought to be best left behind closed doors away from the court system out of the public eye. In the last 25 years this has changed. Prosecutors offices and courtrooms have their own domestic violence divisions. Police routinely take people to jail if they receive a call and see any evidence of any injury no matter how small. Accused persons are held in jail for a day before they can bond out so that the court can place stringent conditions on their release, including no contact with your husband, wife, or significant other. The court system now takes Domestic Violence very seriously and has Victim Advocates for anyone that may have been a victim of domestic violence. The problem is that although the courts are well-intentioned it is clear that many domestic violence reports are motivated by problems within the relationship such as a dispute over child custody, finances, adulterous relationships, etc.

The objective is to get the case dismissed as soon as possible. This can occur in many different ways. We will explain to the prosecutor the circumstances that led to the argument and point out that an incident of this nature has never happened before. Often we will recommend that our client complete a counseling an anger management course if the State will drop the charges. Often we will arrange to have the alleged victim speak to the prosecutor about the reasons that they do not want to prosecute their husband, wife or significant other. We can arrange for no contact orders to be modified by the court so as to allow contact if the case is still pending. The goal is to put what we hope is a loving couple back in the same place they were before the incident without one or the other having a criminal record or doing time in jail.

Florida law allows an aggrieved party to petition the court for a court ordered injunction preventing the other party from having contact with the aggrieved party due to threats or repeated threats of domestic violence. Violating the terms of these orders can result in a misdemeanor charge and jail time. It is important to have an attorney who can obtain a dismissal of these types of petitions because they are often utilized by one party as leverage against the other in divorce or child custody proceedings. Attorney Ray Lopez has successfully defended numerous Petitions for Injunctions Against Domestic Violence. The stated reasons for the injunction often do not meet the statutory criteria for threats of violence and can be vague and exaggerate the facts. Attorney Lopez will point to the inconsistencies and lack of evidence within the petition in order to attempt to obtain a dismissal.

Committed to Your Life and Freedom