In the past, the rules for police officers were quite simple. According to the Fourth Amendment, police officers were allowed to search and evaluate evidence they had collected with a correctly-worded warrant. However, times have changed, technology has changed, and the rules have yet to catch up. In this digital age, technology is increasingly being used as a mode of carrying out illegal activities. This is particularly true in the case of cell phones, tablets, and laptops. A Pew Research Study showed that more than 90% of Americans now own a cell phone, and more than 58% of these phones are smartphones that can store a terrific amount of personal and business information. 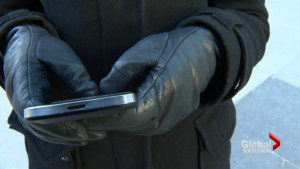 Most of the time, these digital devices were not included under any warrant and there were no regulations in force regarding the seizure and search of these digital devices for evidence of criminal activity. Generally, these searches were permitted in case ‘probable cause’ could be proved that a crime had been committed. However in 2014, the Supreme Court unanimously ruled that police could not search cell phones of arrested criminal suspects without a warrant. This worked as an endorsement for activists who had been fighting vigorously for privacy rights.   Additional Search Protocols Required for Cell Phone Searches However, now courts seem to be taking this a step further. In recent years, federal judges are imposing an additional item on warrants requesting a cell phone search. According to the new requirements, police officers have to state to what extent they will be searching computers, tablets, and cell phones. In fact, a recent ruling by Magistrate Judge David Waxse in Kansas has shown this to be an extremely critical aspect of personal and privacy rights.   The judge rejected a warrant application by DEA authorities as the investigators did not detail the extent of the search. Due to the lack of a detailed search protocol, the judge rejected the application and justified his rejection in a detailed explanation. He stated that there was a serious gap in laws that covered such digital situations.   According to the judge, he had the authority to deny applications for computer warrants in case they did not detail how the search would be executed. He was applying the same reasoning to the cell phone search to ensure that the citizen’s rights (owner of the cell phone) were protected. According to him, an unrestricted search of the cell phone would result in a disclosure of a huge amount of personal data that was irrelevant to the premises of the investigation. This could contaminate the investigation and result in an invasion of the citizen’s right to privacy. Denying the warrant was the only way that the individual’s right to privacy would be protected without hampering the government’s right to investigate and prosecute crimes and criminals.   Divided Opinions? Not surprisingly, the Waxse ruling has raised voices and eyebrows all over the country. Judge Waxse has consistently referred to search protocols as stated in RILEY but lawyers all over the country have been divided in their support and derision of the ruling. For a free consultation, click here.