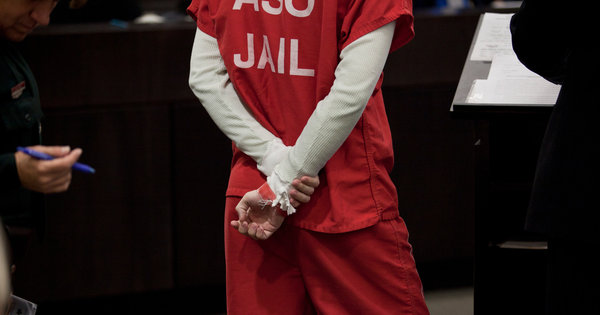 Jason Henry for The New York Times
Shane Guthrie during a pretrial hearing in Gainesville, Fla. Accused of beating his girlfriend and threatening her with a knife, he was offered a plea deal of two years plus probation by the prosecutor. Mr. Guthrie rejected that, and a later offer of five years. More Photos »

By RICHARD A. OPPEL Jr.

GAINESVILLE, Fla. — After decades of new laws to toughen sentencing for criminals, prosecutors have gained greater leverage to extract guilty pleas from defendants and reduce the number of cases that go to trial, often by using the threat of more serious charges with mandatory sentences or other harsher penalties.

A version of this article appeared in print on September 26, 2011, on page A1 of the New York edition with the headline: Sentencing Shift Gives New Clout to Prosecutors.

Get Free E-mail Alerts on These Topics